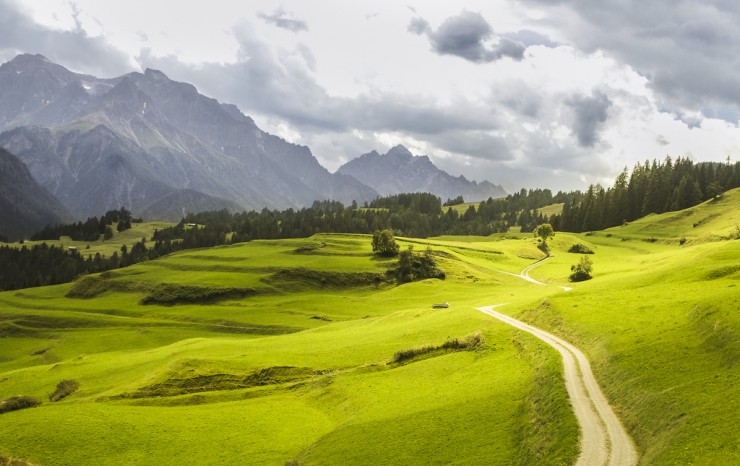 Train up a child in the way he should go; even when he is old he will not depart from it.Proverbs 22:6

Throughout my years I have witnessed a great variety in parenting standards among Christian couples. Every family differs from another in relation to their views on the authority structure in the home, the obedience and discipline of the children, expectations for how a family should run, and so on. These varying standards are communicated and enforced in countless ways, consistent or not.

One might think there would be a little more consistency among believers in terms of how the family operates. But there is one common problem in particular that I’d like to address, and that is when a grown adult habitually asks their children to make a choice about something in which they are not qualified decide.  The parent should be the one making the decisions. I see this most often in the realm of eating, and probably because when we’re meeting with other families it’s over a meal. The problem starts when parents start to ask the child questions like, “Do you want to eat now?” “What do you want to eat?” And I’m sure this type of behavior carries over into different areas in the home. For instance the parent asking the children, “What do you want to do now?” “What do you want to wear today?” or “What do you want to watch?” The questions are non-stop.

Why do we do this? Is it because that’s the loving thing to do in today’s modern society? Everyone get’s a vote? Because we want to train our children to be independent, to learn to make their own decisions? Is it because our children know best? Or is it because we parents have bowed to the current culture which despises and makes fun of authority, discards the family structure, and jettisons moral absolutes? Maybe it’s a mix of the above.

What does it mean to “train up a child in the way that he should go?” It presupposes that there is a way that he should go, and a way that he shouldn’t go. The world says it’s all relative. But no, it’s not! Not according to the Bible it isn’t. As parents we have a job when our children are young, to make choices for them- to establish good standards, habits, and values, which they would naturally reject. If children were left to themselves, and to their own desires, they would follow the path that leads to their own destruction. “…a child left to himself brings shame to his mother.” Proverbs 29:15

Think of these good standards that we should be setting before our children as a map and compass which will guide them in the path of life. When we ask a child who isn’t ready and mature enough to make the right choices what they want, we end up harming them. In the same way we wouldn’t send a child off on a journey without a way to find his destination, we also wouldn’t expect them to be successfully make things without the proper and required tools. That’s why when the weather outside is frightful and we’re walking to the store to buy groceries, we don’t ask little Johnny, “Would you like to wear your coat?” We wouldn’t softly tell a 2 year-old infant, “Now Suzie, do you think sticking that fork in the electrical outlet is a good idea? I’m gonna count to 10!” or if there’s boiling water on the stove, and Billy reaches up to grab the handle, do we say, “Billy, there, there. Be a good boy. Do you want to come and play with this thing instead?” Of course we wouldn’t. Because we love them. We should train our children in the less physically dangerous situations as well.

If it’s dinner time we shouldn’t be asking our little ones who are preoccupied with their toys, “Would you like to eat now?” Instead of asking the child what they want, parents should ask themselves what’s best for my child? And when the child is young, it’s always best for the parent to act as the God-ordained authority figure in the child’s life, as the shepherd who guards them away from danger, toward what is good for them. Get in the habit of saying, “You will do this. You will go to bed. You will eat this, and eat it now- this much, this fast, sitting nice, elbows off the table, mouth closed when you chew, and no complaining. Why? Because we know what’s best for you.” And as they follow our leading, they will learn which ways lead to life and which ways lead to destruction. The road paved with the pebbles of self-gratification, getting whatever they want, whining, and complaining, entitlement, and the likes, is a slippery road to travel, and it eventually leads to death. Our heart must be turned toward our children. And this will take a lot of hard work, and consistency on our part.

Parents, please don’t give your child a choice about anything unless you’ve first trained and equipped them with the right standards, the map and compass, so that they may follow the path that leads to life.